Full title: People are the biggest part of the process! Radically changing the development lifecycle within the government. For the citizens, with the citizens.

The biggest issue to move forward and quickly was in building a community, not the technology.

DevOps journey at the BC government

Community has been a critical success factor.

The goal is to make BC better, but it’s big: 20 ministries + 13 central agencies, with thousands of underlying technologies.

Was tasked with building a development program.

Gap: no story on what it’s like to be a public servant.

Aren’t specific to the government, but in the policy itself is that all app development is outsourced.

Those who stayed in government was given obscure titles. Still don’t know how many there are, couple hundred, maybe, but it’s the community that matters.

Don’t thrive if there’s no sense of community.

Often got the question when starting a meeting is which project code is was part of. Teams were governed by contract or legalese.

Where do you belong to? Self-identification and intrinsic motivation along with belonging turns into success.

We are mo successful in a safe community where we feel like we belong.

Most critical is self-identifying and step out of the dark. A lot of small silos. Lean in and reach out, because there are people out there.

Common goal: Making BC a better place to making a living doing what you love.

Bottom up, not endorsed.

BCDevExchange started as a BC DevOps Community on GitHub. Going 100% open all the time.

There were some difficult conversations around security, privacy, and vendors used to delivering a black box without questions, but now it feels like why would it have been any other way.

Helped to be able to fork existing projects from other projects, especially other government projects.

Typical vendor relationship was keeping people in boxes, but have forged new relationships in the connective-tissue forming way. Now have 2-day conference on how to collaborate with OneTeamGov.

Adopted radical openness. Have BC DevOps Commons meetups that are focused on BC gov projects, but open to public and have open forum Q&A.

Cloud Native Computing Foundation (CNCF) to organize open source tools in a collective way. Run one of the meetups locally talking about various topics including big data, and microservice deployment. Don’t have in-house expertise, but can bring people in to learn and share.

If someone is in the lab, they have a problem that we all share.

Slack workspace that’s open with lots of expertise where people can ask questions and get answer or time together.

Sense of empowerment, things can get done,

Bug bounty program and the most success is from teams that have step by step on setting up environment. In the future, will likely be Docker containers. 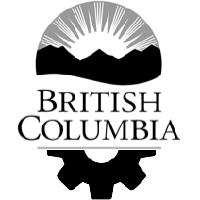 One thought on “DevOps Days Victoria 2019: People are the biggest part of the process!”