I recently refound my letter of thanks from 2016, and I thought 6 years meant it was long past due for another. Similar to the first one, I have thanked a lot of the people mentioned before, but putting it together in a single “letter” allows me to reflect on how their combined support helped me get to where I am today.

For more context on why I wanted to write this, check out the context section in the first letter of thanks.

Since the last one, I did in fact get my first permanent library position, as a manager no less. It was a hard decision to leave after only 1.5 years, because a house was unaffordable (even on two professional level income) in the city and we decided to move to the Island. It’s not such a remote area that libraries don’t exist, but technology and technical services are centralized in library systems, so it would have involved a minimum 2 hour commute by car. While I considered it, there weren’t exactly a lot of job openings either, so I decided to go remote. It meant “starting over” in another field, but I had a lot of transferable skills and experience related to support, and thankfully landed at a work place that allowed me to grow and move up.

We often focus too much on the negative, so I wanted to take the opportunity to focus on some of the positives of my journey moving from being a librarian to a support engineer in a tech startup.

A Letter of Thanks

Thank you for taking the time to read this letter. Like anyone, it is very difficult to be successful without the support of others. As a follow up to my previous letter, I want to take this opportunity to thank everyone who helped me get my first permanent library position, with my transition to working in a tech startup, and in my success while working there.

Please forgive me if I miss thanking anyone by name (and if I have, please feel free to reach out) as there are a lot of people who have influenced my work and helped shape who I am even in these few years.

Getting my first permanent librarian position

To this day, I don’t think I would have applied for the position without May Chan encouraging me and writing a note of recommendation on my behalf. Thank you not only for the note, but pushing me to apply, and having the confidence in me (that I lacked myself at the time) that I would do well.

Thanks too to Julie Spurrell (then Chief Librarian) for considering me as a serious candidate and giving me the opportunity to interview despite having zero public library experience and very little official management experience.

In that permanent manager position

Thank you to all the people whom I worked with at New Westminster, particularly at the library. Special thanks to the management team at the library: the upper managers Julie (of course) and Susan Buss for their guidance and feedback, and the other middle managers Faith Jones, Erin Watkins, Shelley Wilson-Roberts for their collaboration, commiserations, stories, and camaraderie. I also have to thank the city IT team for being the opposite of the worst IT stories I heard from librarians, especially Markus Adler for inviting me not just once but continually to Pho Friday and keeping in touch after.

Thanks to everyone, especially my direct reports, for their patience as I learned to be a manager and introduced a lot of change.

I only had the opportunity to attend Write the Docs once in person in 2017, and hope to do so again. Thanks to Becky Yoose for convincing me to attend and wrangling me into the volunteer group (plus Blue Star donuts!), everyone who encouraged me to sign up and during my lightning talk, and the community for being so welcoming to non-technical writers.

Thanks to Toronto WTD meetup hosts for letting me drop in when I happened to be in town, and the WTD podcast hosts for having me and Amy Qualls as guests on the show as well (more recently in 2020).

So many thanks to my friends and family for helping during the transition period from living and working permanently in the city to moving to the island, especially to my mom who gave me a place to stay and fed me while I continued to work in the city (and who continues to do so when I visit), and Pomax for everything but especially sticking with me while I spent 4 months working in the city and visiting on weekends.

Getting a new job

Looking for a new job is rarely an easy process, harder still when you’re unemployed, so thanks to anyone who even had me in mind as I was job searching even if you never sent me anything, the thought is appreciated. Obviously, I have to thank my references, Julie Spurrell, Ben Hyman, and May Chan, who must have said nice things about me (at least nice enough for me to get the job!).

Thanks to all the people at the various companies who considered me for a position. I was in the application/interview process with a few companies at the same time, so kudos to GitLab for the transparency (which I was most impressed with), smooth experience (namely Trevor Knudsen, Nadia Vatalidis), great interviewers (Lyle, Lee Matos, Eric Johnson), and offering first.

I have oft repeated it, but thanks again to Lyle Kozloff as the hiring manager for looking past the lack of “support” in my job titles. (He’ll say it’s partly because he didn’t have “support” in his job title either until GitLab, but I think it’s important to acknowledge nonetheless because not everyone takes the time to look past titles to consider whether past work experience is relevant.)

Continuing in the library community

I built a fairly extensive network, primarily around technology, in the library community and I’m grateful that so many of my colleagues have continued to welcome me despite my “leaving” the field (but really, once a librarian, always a librarian, right?). In particular:

As the years go by, I’m becoming less involved in the library community, but I will always be thankful to those I met and chatted/worked with.

There are really too many at GitLab to thank by name individually when every positive interaction, every day that I work, makes me thankful that I’m working where I am.

It took me a while to adjust to GitLab’s values and the way people work. The thing that influenced and guided me most though were those who pushed us to really live up to those values (which isn’t always easy) by leading by example and keeping each other accountable. (From the tweet below: Sid Sijbrandij, Victor Wu, Jeremy Watson, Clement Ho, Marcel van Remmerden, Job van der Voort, Darren Murph.)

I have to say @lkozloff who pushed me to be the best that I could be, giving me what I needed to always keep moving forward.

Thanks to everyone who has helped me with my work (technical or otherwise) through collaboration or passing on their knowledge, which means just about everyone in Support, in Technical Writing, a large number of product managers, the rest of engineering, and even many in legal. I have to also thank a lot of folks who specifically make working at the company better including PeopleOps and our Events team that organizes our all-staff meetup, Contribute (formerly called Summit).

Thanks as well to everyone who has made me feel welcome, created psychologically safe spaces, and not looked at me weirdly when I got emotional or teary during a video call, especially the regulars in the Women’s TMRG group including the co-chairs Kyla Gradin, Madeline Hennessy, and Samantha Lee, and executive sponsor Robin Schulman.

Thanks of course to our CEO, Sid Sijbrandij, and the original team members for building a company with such an amazing group of people, culture, and set of values. I never thought I’d work somewhere that goes through IPO, and be so excited for one.

Got up far too early in the morning but couldn’t be missing this! https://t.co/kCaaYPj8fT

Thank you to everyone that has reached out with their thanks, or shared positive thoughts about my work or other things that I’ve done, including those who have mentioned my GitLab blog posts.

Chatting with one of the new Support team members and had them tell me their decision to join #GItLab was due to my blog posts. Apparently they read all of them and decided "that looks like a great place to work" <3https://t.co/EpDrTiTn8B

Some more that (I haven’t already mentioned and) I feel the need to thank individually:

Most of all, I have to thank Lyle Kozloff who not only hired me, but has supported me and helped me grow all these years, and continues to do so even now as my senior manager.

Thank you to everyone who ever gave me a word (or more) of encouragement, advice, feedback, etc.

Words can’t fully convey the gratitude I feel towards all the people who have helped me grow, supported me, helped me become a better person, and get to where I am now, but I hope this letter provides some sense of it.

P.S. As additional thanks for reading to the end, the obligatory cute animal picture =) 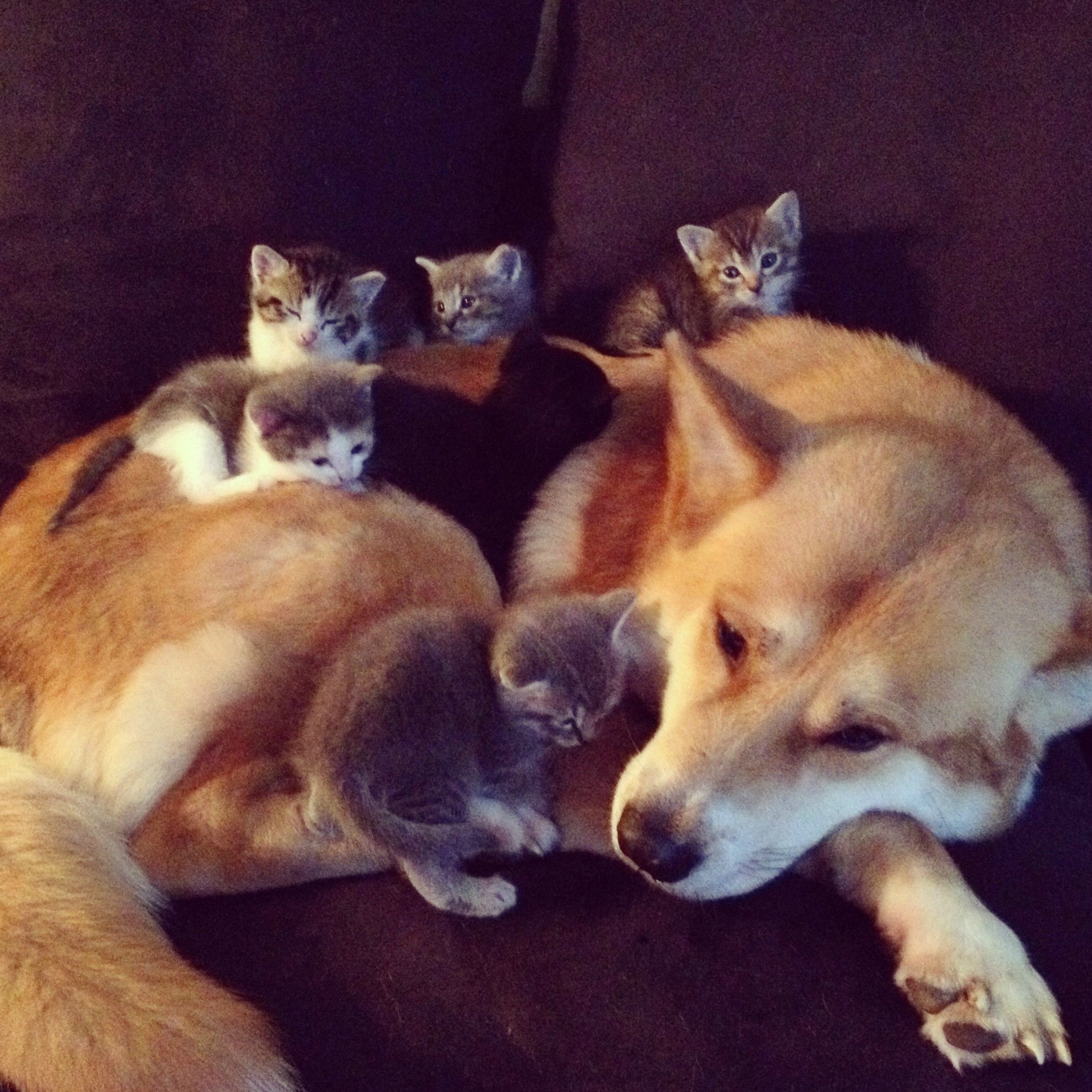