Fourth anniversary! When I started at GitLab, I was wondering if I’d be here for 2 years, let alone 4 and counting. If you haven’t read it yet, I recommend reading the reflection on the first half of my fourth year though it’s not necessary to know what I’ve been up to during the last 6 months specifically, which is covered here.

A lot has happened these 6 months, so these are just a few things that I pulled out.

Getting to be a CEO shadow was great, especially during a time when I was considering how to continue moving towards the Staff level, and increase my impact. I’m not aware of any other company having this sort of program either. If you want to learn more about my experience and thoughts, head over to my CEO shadow rotation reflection.

One thing that I didn’t mention before was that during my 2 weeks shadow, I became more interested in what the Chief of Staff to CEO team does. After finding out more, I decided to apply to the Acting Chief of Staff to CTO role. I really hope to do it sometime in the next year.

Gifts for the team

The previous year, I organized a voluntary gift exchange where we had a total of 20 participants. This time around, the managers decided it was a great idea and included it in our holiday budget so the gift exchange could be expensed. No surprise that we had an increase in interest with a total of 32 participants.

My recipient said they like puzzles, so I bought them a couple of the magic puzzles (which if you like puzzles, I highly recommend!). Funnily enough, my manager got me (I swear it was random!), and bought me a board game. =)

The senior managers later planned to send a thank you card to team members at the end of the fiscal year (January). Since I had ordered stickers to originally bring to Contribute (our “all staff” event), I thought it’d be a neat idea to send them out to people with the cards. So, they sent the cards and envelopes to me.

I put in a sticker (or 2 for those team members who’d been at GitLab for 3+ years) along with the card and sent them off. With postal delays during the pandemic, some took months to arrive. Sadly, I think one or two were lost in transit, but I’ll be bringing the extras with me to the next Contribute, so hopefully if someone didn’t get it before, they can get one then!

I love how we use the #donutapp at #GitLab with 8.5x more donuts than similar sized companies.
It really allows us to connect with team members we don't see regularly or may have never talked with. pic.twitter.com/vUVslk9CNi

Not only that, I’ve kept up with pairing with everyone in Support!

I’ve talked before about deciding between the manager track and the individual contributor (IC) track, and why I decided not to go with the management track. To sum up though, I wanted to continue to focus on the more technical aspects of the job, and a manager’s number one priority is their direct reports. I love the team I work with, but I’m not ready to stop learning the technical aspects of my job.

It took about a year of working on my promotion and the document before actually getting promoted. Oddly enough, once there was a deadline, it felt quick, and I got in the final revisions after the review process started!

For those that don’t know, you start at Intermediate, move to Senior, then Staff or Manager depending on your preferred path. Getting promoted to the Staff level is different from Senior, because it needs to fulfill a company need. If you’re interested, check out the Summary and notes of Becoming/Being a Staff Support Engineer blog post. While I’ve worked on a lot of different things, after discussing the direction I should take with my manager and senior manager, we decided my main focus would be to help with “Support Efficiency”.

Increasing efficiency can actually happen in a lot of different ways, including:

A few examples of work

Over the course of the last year, in addition to what I mentioned in my last reflection, I’ve worked on a bunch of efficiency pieces and continued to expand on some of the other things I did before. I’ve pulled out just a few examples.

Reducing costs has continued to be one area of focus, especially in reducing the number of unpaid tickets receives and works on. The Support Operations team has been doing the bulk of the implementation work, but I’ve been helping with looking at what we can automate or partially automate within our ticketing system (ZenDesk).

I’ve also been helping to keep the team prepared with working on a few issues to prepare Support ahead of changes and improving the templates to increase “Support Readiness”.

We also have a bunch of runbooks and functions for using with administrative or console access. One set in particular is used for internal tooling for our License & Renewals (L&R) subteam to work around common issues. Unfortunately, at some point, we discovered some of those functions were following old guidance and causing some problems, so I had to rewrite our most commonly used functions and work with a couple of the developers to review the code to ensure we were not causing any data integrity issues.

As usual, I’ve continued to mentor/coach others within Support, as well as outside of Support, namely through mentorship programs within GitLab and outside of the company, such as through Support Driven. One of my mentees told me I helped them get promoted! Doesn’t get much better than that.

After much work and refining of my promotion document, I was promoted at the beginning of the fiscal year!

Thank you @gitlab and my managers Ronnie & @lkozloff for providing an environment that has allowed me to thrive.#EveryoneCanContribute

I celebrated with some food, prints, and puzzles:

Apparently my version of celebrating is buying sparkling apple juice, chocolate, 3 new puzzles, and an art print where the proceeds are going to a local youth arts program pic.twitter.com/icdb8wt49w

Since getting promoted, things haven’t changed a lot, though I have been taking less tickets (mostly helping others with theirs) and more involved with issues, particularly security issues for the product groups I’m a counterpart for.

Of course, I’ve been continuing to submit merge requests including our documentation and code base. I honestly don’t even know if I’ve ever gotten any before because I never checked, but with the recent major version release, I took a look, and found I had 2 featured bug fixes in 15.0!

I’m sure I’ve missed some things that people might find interesting to know I’ve worked on in the last 6 months, but I don’t want this to get too long, so we’ll move on.

Originally, we (my manager, senior manager, and I) discussed having me report to my Senior Manager once I was promoted, which would mirror the one other Staff Support Engineer’s reporting line. However, knowing that my Senior Manager was likely going to move to a different role the following quarter, the decision was made that I’d stick with my manager for the time being after my promotion for stability.

The thing is, no one really knows whether a Staff Support Engineer needs to report to a Senior Manager/Director or whether reporting to a Manager (as all other ICs do) makes the most sense. So this quarter, we’re running a trial with me reporting to a Senior Manager, and at the end, we’ll try to answer some key questions around visibility, impact, and where it makes the most sense to place a Staff within the Support team structure.

Getting my own official OKR

Last time, I talked about proposing OKRs and helping with improving KPIs. This time around, I not only proposed a docs related OKR to take on a long standing issue to move troubleshooting docs, the managers decided a Staff-lead OKR is a great idea and assigned it to me!

We’ve never had Staff-led OKRs in Support before, so I’ve also started an issue to look at Staff-led OKRs within Support, primarily defining when it might make sense, how many to take on, and how to decide what the OKR might be.

Things are busier than ever with moving to the Staff level, so I may move to doing these every 6 months from now on. We’ll see… Our next in-person Contribute (after 3 years) is coming up soon, so that will either need its own blog post or will take up a significant chunk of the next reflection!

If you made it to the end, as usual, a big thanks for reading. To go with last time’s sea bunny, here’s a baby sea dragon! 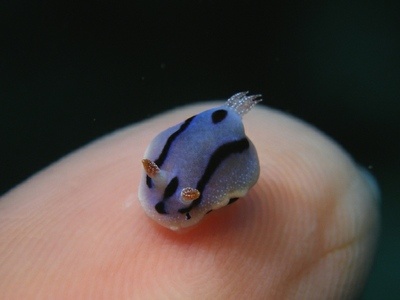